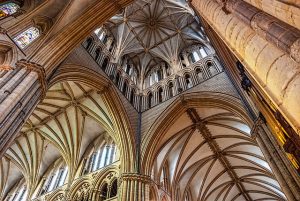 David Sloan Wilson describes himself as an atheist, but, he insists, he is a “nice atheist”. The proviso is made necessary by the often acrimonious nature of evolution’s forays into religious study. In contrast to writers such as Richard Dawkins who views religion as ‘a kind of mental illness’, Sloan Wilson thinks that the spiritual world has much to teach us about our grubby origins.

For most critics of religions, the operative concern is the truth or not of religious beliefs. For Sloan Wilson, however, that is not the point. The interesting questions centre on the roles that such belief systems play in human societies, and how they make human groups behave. In evolutionary terms, “even massively fictitious beliefs can be adaptive, as long as they motivate behaviors that are adaptive in the real world” [pp41].

“There can be no doubt that a tribe including many members who, from possessing in a high degree the spirit of patriotism, fidelity, obedience, courage, and sympathy, were always ready to aid one another, and to sacrifice themselves for the common good would be victorious over most other tribes; and this would be natural selection.” [pp5]

In the long-run of evolution, selection among groups can mean that tendencies which make groups more effective (pro-sociality, for instance), win out against those that make individuals more effective at the expense of their group (selfishness, cheating, etc.). Religions enshrine the idea of a common good, encouraging believers to suppress selfish individual desires in the service of this corporate body. In the terms of multi-level selection, religions suppress within-group competition to improve competitiveness at the group level.

“A group of people who abandon self-will and work tirelessly for a greater good will fare very well as a group, much better than if they all pursue their private utilities, as long as the greater good corresponds to the welfare of the group. And religions almost invariably do link the greater good to the welfare of the community of believers, whether an organized modern church or an ethnic group for whom religion is thoroughly intermixed with the rest of their culture.” [pp175]

The human tendency to develop religions and other belief systems is useful because it enables us to develop social systems to deal with unique and difficult social circumstances. In this context, the sheer diversity of religious faiths is a sign of how belief systems can mobilise and organise basic human capacities to cope with different situations, be it the day-to-day existence of a forest-dwelling hunter-gatherer tribe, the water temple infrastructure of Bali, or the economic and social challenges of Korean immigrants to the United States. This capacity for variation means that religious groups can be seen as “rapidly evolving entities adapting to their current environments” [pp35]. Cultural variation enables our basic psychology to be organised in ways that are appropriate to a given social and material environment.

“Cultures are required to orchestrate human behavior in relation to specific environments. An infinitude of cultures are possible to channel our innate psychological impulses in different directions.” [pp204]

That is not to say that all religious systems will be adaptive to their circumstances; from the Protestant Reformation to the communes of Los Angeles, history is littered with the detritus of failed faiths. The variation of religious faiths, much like genetic mutation, constitutes “a process of blind variation and selective retention” [p122] and, similarly, will largely result in failure. The reason that explosions of diversification occur at specific historical periods is a question left unexplored here.

The book’s greatest attraction is in its case studies, which explore the ideas and practices of diverse religions and suggest how various features indicate the adaptiveness or not of that religion to its social environment. This requires a certain level of anthropological and historical rigour, and Sloan Wilson draws heavily on existing literature, applying his own interpretive lens to the findings made by others.

The greatest amount of time is spent on Calvinism and its influence on Geneva. After previously expelling the reformer, political tumult prompted the Swiss city to invite Calvin to lead the Church. Riven by factionalism and on the frontlines of an economic and military conflict, the Genevan authorities realised that they needed to shape up if the city was to survive. Material demands such as the funding of the army called for spiritual doctrine.

“Civic authority by itself was unable to forge such an unruly population into an adaptive unit, which is why the unifying effect of religion was needed. God’s will for citizens of Geneva was to shoulder the burden of the city’s infrastructure.” [pp109-110]

Overcoming division required loyalty and responsibility to shift upwards, to transcend factional groupings. Thus we see that Calvinism emphasises traits such as humility and an absolute faith in God’s will, such that believers will accept their station and role in life without question: “all of life’s afflictions have a purpose in God’s plan, however incomprehensible to us. Our role is to be utterly confident in God’s wisdom and to accept whatever he places upon us.”[pp100]

The tenets of the faith show a concerted movement from the personal to the public – self-direction is comprehensively displaced upwards, to the structures and processes of the Church. The cynical might say that such aggressive depersonalisation pacified the faithful the better to exploit them, but Sloan Wilson makes clear that part of Calvinism’s effectiveness was the willingness to enforce its strictures on elites and commoners alike. By ensuring that elites could not flout laws with impunity, the city could act more like a coherent and cooperative unit. This is an argument that meshes well with the historical work of Peter Turchin, who argues that the rise and fall of empires is closely related to the levels of inequality between elites and commoners. Ideologies that can mitigate against internal divergences can thus be powerful factors in social stability.

But as the Protestant Reformation certainly shows, there are two sides to group-based cooperation. Given the right encouragement, humans are willing to prefer the common good to our own, but we are equally good at dehumanising those outside our groups, all the better to attack or oppress them. Indeed, there are studies showing that football fans are unconcerned, even pleased by the physical suffering of their rivals. These capacities are often mobilised along national, rather than religious lines, and although Sloan Wilson acknowledges the similarity, it is not a topic he dwells on.

Overall, the book makes a compelling argument about the role that belief systems play in enabling human cooperation, offering a welcome corrective to those that simply dismiss religion out of hand. Spiritual beliefs, Sloan Wilson shows, play a crucial role in the material world, and deserve serious study. Moreover, the evolutionary approach he proposes can take us beyond religion and into a deeper understanding of ideology in general.

Dara is an amateur social critic and a professional pedant. He enjoys punctuation, science-fiction and beer.
View all posts by Dara McHugh →
This entry was posted in Cultural reviews, Culture, History and tagged evolution, religion. Bookmark the permalink.